Regardless with which 3D tool you work, as soon as it comes to rigged characters or attachments, there is one important fact which should be always remembered when you are working with character meshes:

Whatever character mesh you import to SL, OpenSim or any compatible online world, as soon as you wear it, it also will be rescaled by means of the currently worn shape.

Now the problem is: there is no neutral shape which keeps the worn mesh exactly in the same scale as how it was imported to your world.
That is: “rezzed on ground” and “worn” look different.

But there is a technical “Restpose” shape which when worn with the default mesh will recreate the shape of the default avatar.

This Restpose Shape is provided with the skeleton from avatar.blend (and from the Avatar-Workbench) There are rumours that this shape is Ruth, but i could not yet find a proof for this.

As soon as a mesh that has been bound to the Restpose Shape in Blender is imported to SL and worn with the SL default shape, the mesh matches up almost perfectly with the SL Default Avatar.

For Avastar however the default mesh already looks exactly the same in Blender AND when worn in SL. The magic happens in the Avastar-Collada exporter: The exporter calculates the “Reverse bind matrix of the current used shape”. Then it exports the mesh together with the bind matrices to Collada. Finally when the mesh is worn with the same shape in SL as was used in Blender with Avastar, then it will match up perfectly. And when it is rezzed on Ground the shape stays exactly the same as when worn.

What you see is what you get

So Avastar follows the “What you see is what you get” principle. Here is a comparison of the Avastar default shape (left) and the “Restpose shape” from avatar.blend (right): 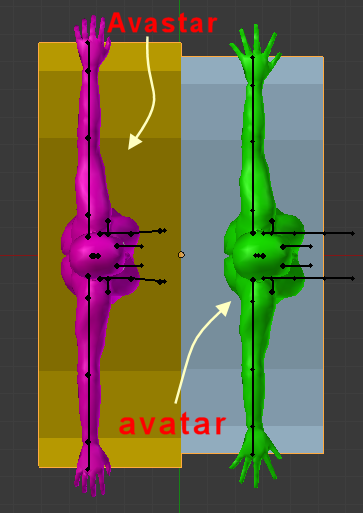 You see the arms of the right mesh are in fact too short. When you export this mesh with the default Collada exporter, and later import to SL and wear with the default SL shape, then all is well. In contrary, when you export the Avastar mesh with the Avastar exporter, the reverse bind pose matrices are calculated on export, and again, after importing it into SL, when worn all is well again.
The benefit on Avastar is that you can use precisely the same shape as in SL and you can create your attachments precisely to your shape. So there is no “guessing” how it would look later when worn. It already looks correct in Blender. You do not believe ? Then make following experiment:

This is the WYSIWYG proof that the shape of the Avastar character matches to the arm length of the default SL Avatar.

Now compare the 2 photos. You will have to rescale them of course, but you will see that the silhouette of both characters is almost identical modulo some imprecision due to the fact that SL has no orthographic camera.

Here is a Video proof (an extract from a detailed video about the SL skeleton) which shows how the default SL Skeleton is displayed differently in SL and in Blender.

In the video above we used a skeleton that was derived from the SL Viewer definition files. 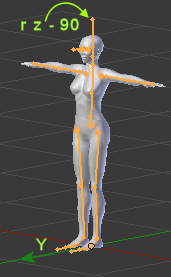 Important: do not use layer 9 (the right most upper layer in the layer selector. This layer is currently strictly reserved for Avastar. When you import from the Workbench, then please move the skeleton on layer 9 to another layer!

Now add a new Avastar character, enable SL bone display and use stick shapes. If you do not remember how to do that, here is a quick method: 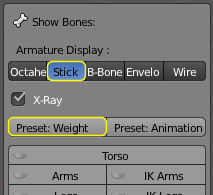 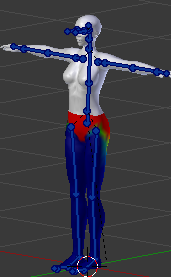 Now both skeletons are seen in comparison and you can examine the differences: 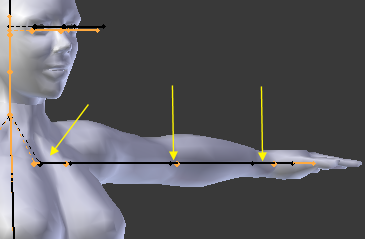 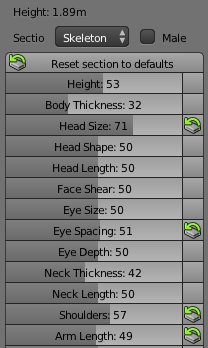 I found that the Avastar skeleton can be made equal to the workbench skeleton if you change the following Avastar sliders:

These slider values make the Avastar skeleton visually almost identical to the Workbench skeleton. You can store this “semi default” Avastar shape for later usage if you like. 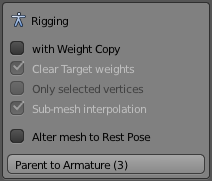 Now you can go ahead with your mesh work. But beware, this only works precisely within Blender. I am not sure what happens when you export your attachment to SL. The attachment might possibly show slight deviations from what you expect.